Well, as you know the name's jesta, and sometimes I really think it is my actual name. :crazy:
I'm a UK boy (25), based near Bristol.

I'll start with my Nintendo credentials; my first console was a NES, I still have it with all my old accessories (Advance controller, Game Genie) and a whole load of games from Mario 3 to Bionic Commando. Next up SNES, again which I still have with the Super Scope, and more games, like Killer Instict or B.O.B. The old skool Gameboy shortly followed with too much stuff to name. Then N64 (still got) with Zedla: Ocarina of time and Banjoo Kazooie. And finally the Wii. I missed out on the Gamecube, I'm not sure why, probably just an odd time in my life?! lol
I've always been a Nintendo fan, I only sheered off the trend once. I had an affair with a PS1, but it didn't last.

The thing I like about Nintendo is the innocent-like quality some of their games give. For example, Mario, one of two Italian brothers who are both plumbers, jumps on his enemy in a non-violent manner while collecting coins, flowers and feathers. Hardly realistic, but he's probably the best know Italian plumber in the world! And one of the most popular game collections ever! 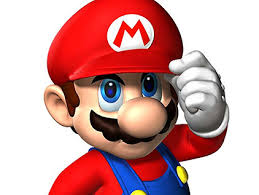 I've had many jobs over the years, from Chef, to Butlins Entertainer, to Rope access worker. But my main love now lies with Magic! I specialize in card magic with a little bit of mentalism and bizzare magic. I've been practicing it for 5-6 years and would call it a minor obsession.

Putting a String in my Arm (Not for the faint hearted!)

I also do a bit of hypnosis, I might upload some video at some point. (Watch this space)

You may have also noticed a post in the 'Off-topic' section 'I wrote a book'. 'The House That Sanity Forgot' is my first publicly available release via lulu.com and it's FREE to download.

As you can probably guess it's not a comedy. Although later this year I should have two more books ready, and these are going to be comical short rhyming tales for young adults.

My other interests include, watching films, gardening (I know, I'm a country bumkin! But you ought to see my tomatoes. lol), and of course Wii Pros!

See you around the forums.
Werbung: I'm reading your book right now, awesome thing you made it free, thanks!

wow jest you're really good at this magic stuff

It's naughty but nice
Werbung: